Several bugfixes have been done. 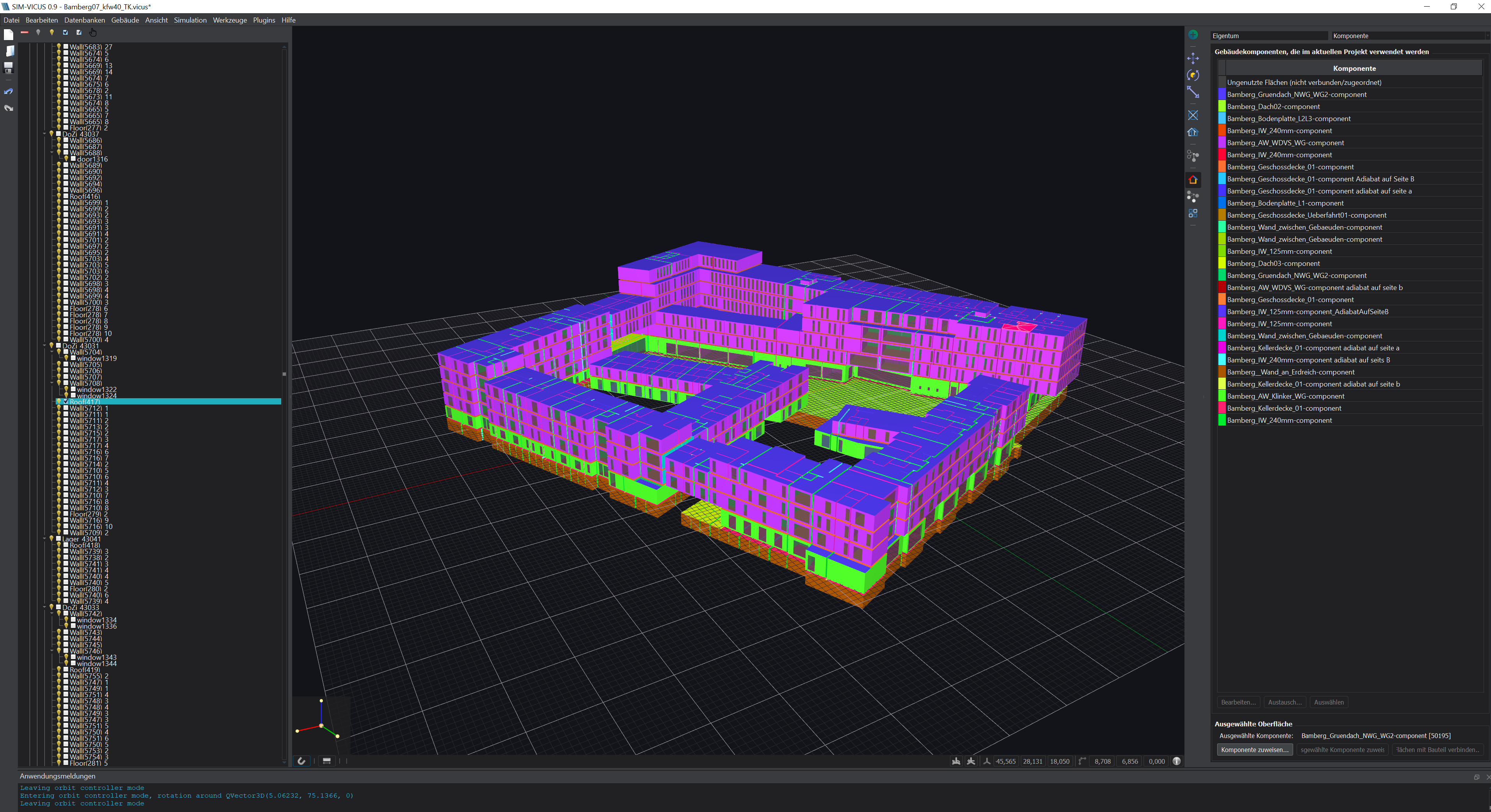 Lots of new features and bugfixes have been implemented until the last minute of BauSIM 2022, preparing SIM-VICUS for the according Workshop. Main changes include:

We hope you enjoy the new version and that our nightly sessions have lead to a successfull release! 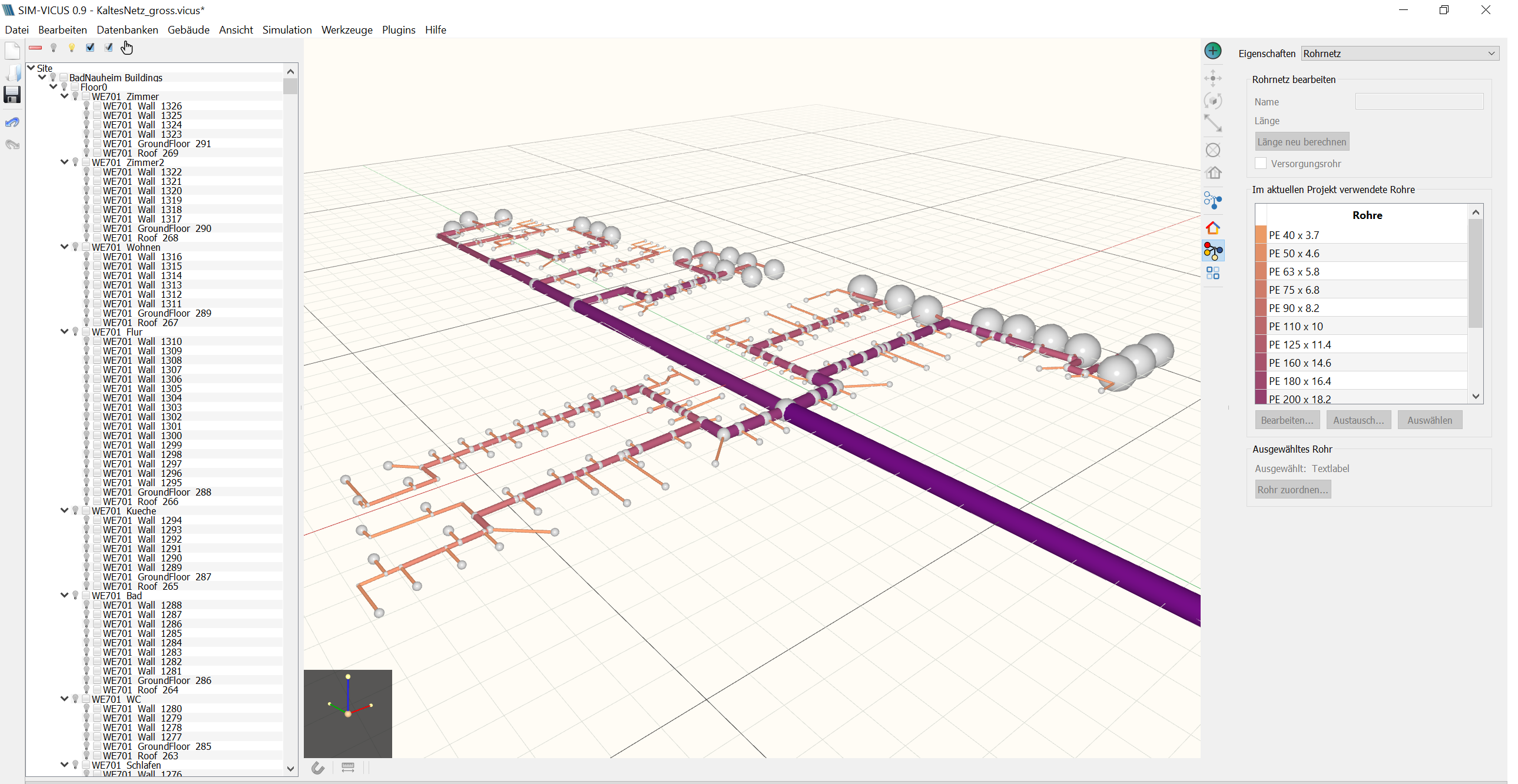 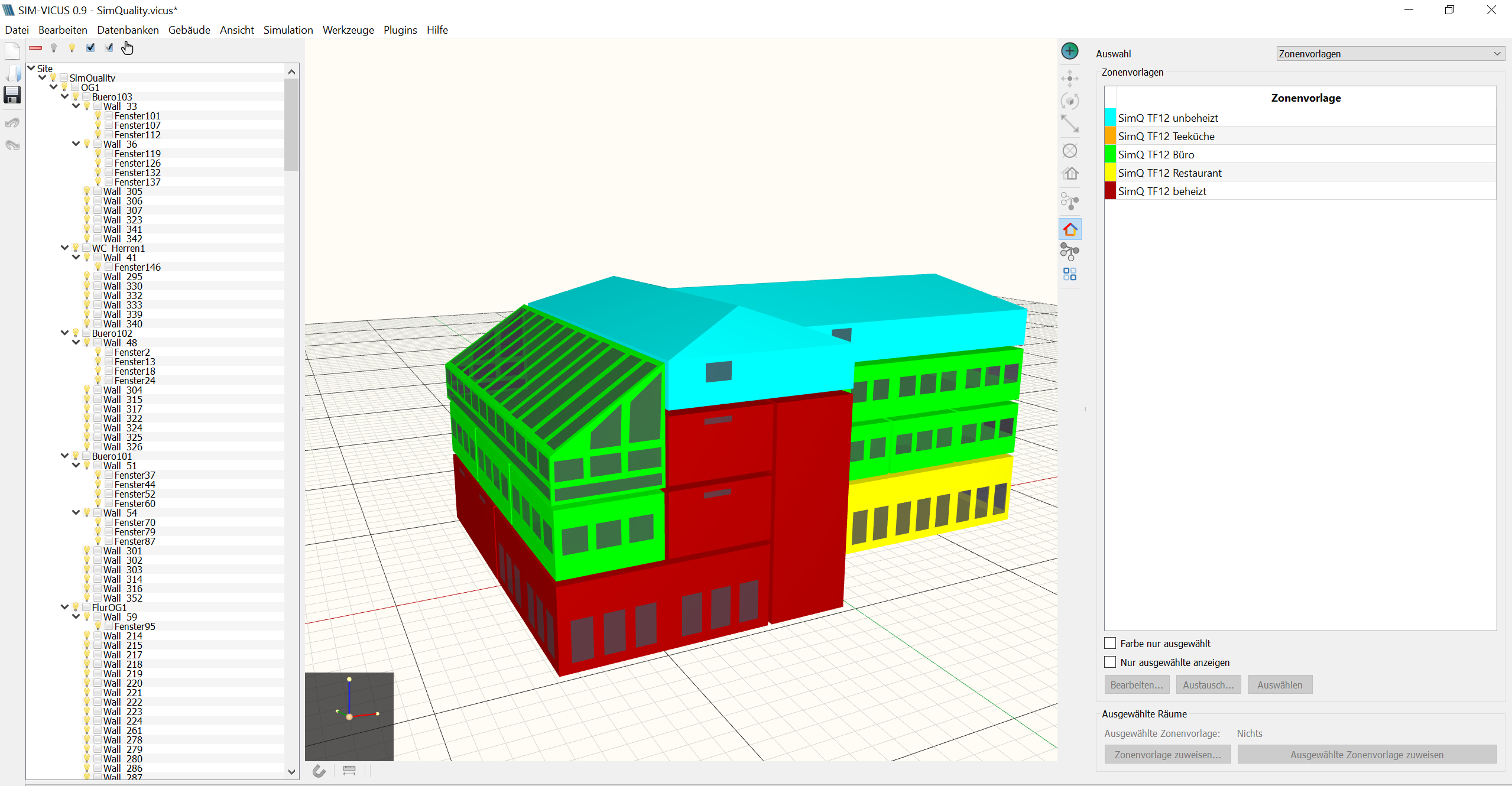 Since the last release before Christmas we have done quite some changes to the software. While the NANDRAD solver itself is already quite mature, we put a lot of effort into the user interface, specifically geometric editing. While the IFC-Import plugin is getting closer to the first release, we need more modeling capabilities in the user interface. In the process, we re-arranged the various add and edit functions and created a vertical toolbar as separator between property windows and modeling area:

Now translation, rotation and scaling works reliably, even for arbitrary oriented local coordinate systems. We also made the transformation edit operations a two-stage process: first, a preview of the resulting transformation is shown, and you may then apply or reject these changes.

The german translation is included, but will be extended in the next days (until release 0.8.1), so that most of the UI are now fully available in German.

There has been some work towards hydraulic network modeling as well, yet, this part of the software is still considered highly alpha stage.

This release fixes a bug that prevented the simulation to be started in version 0.7.0. Also includes several improvements in property widgets. Some features are in the middle of being implemented, so tread carefully 🙂

Some notable changes (with tickets):

This release features many many small and larger additions.

UPDATE: the release binaries have been updated at Dec 29th to include some bugs that appeared during testing.

Complete overhaul of the database handling 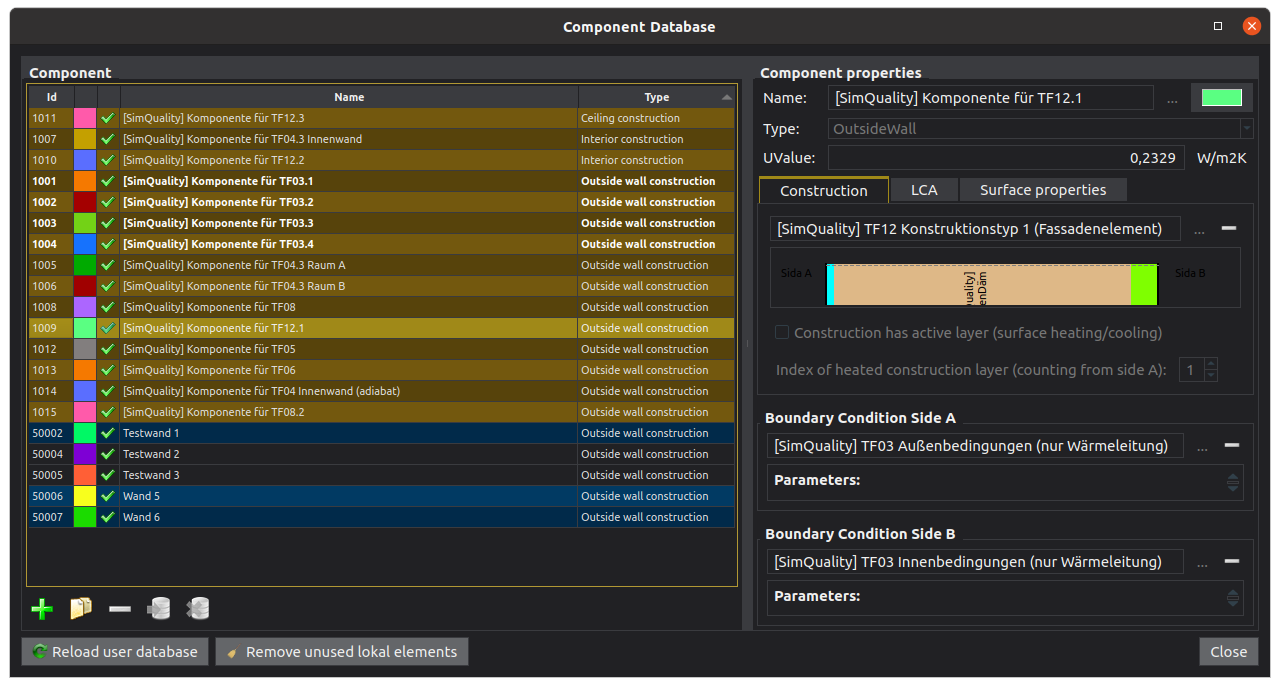 You can define shading elements around the building/at the facade and then let the user-interface calculate hourly shading percentages for each surface/window. 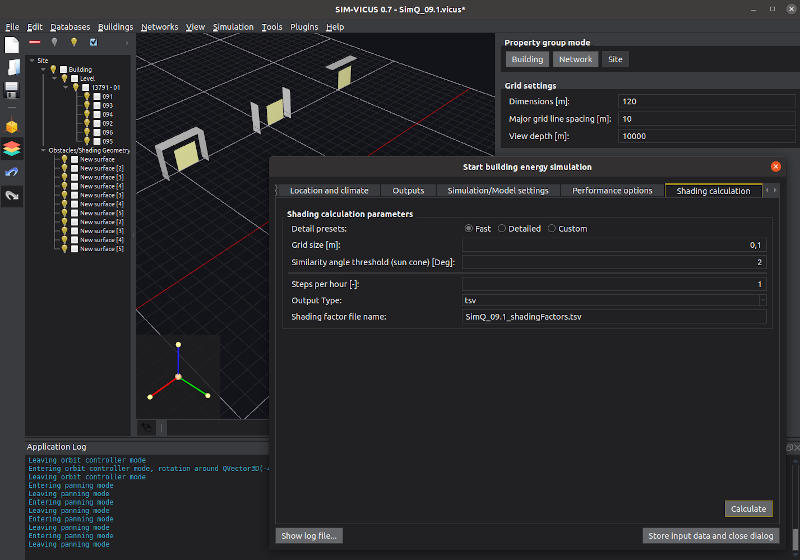 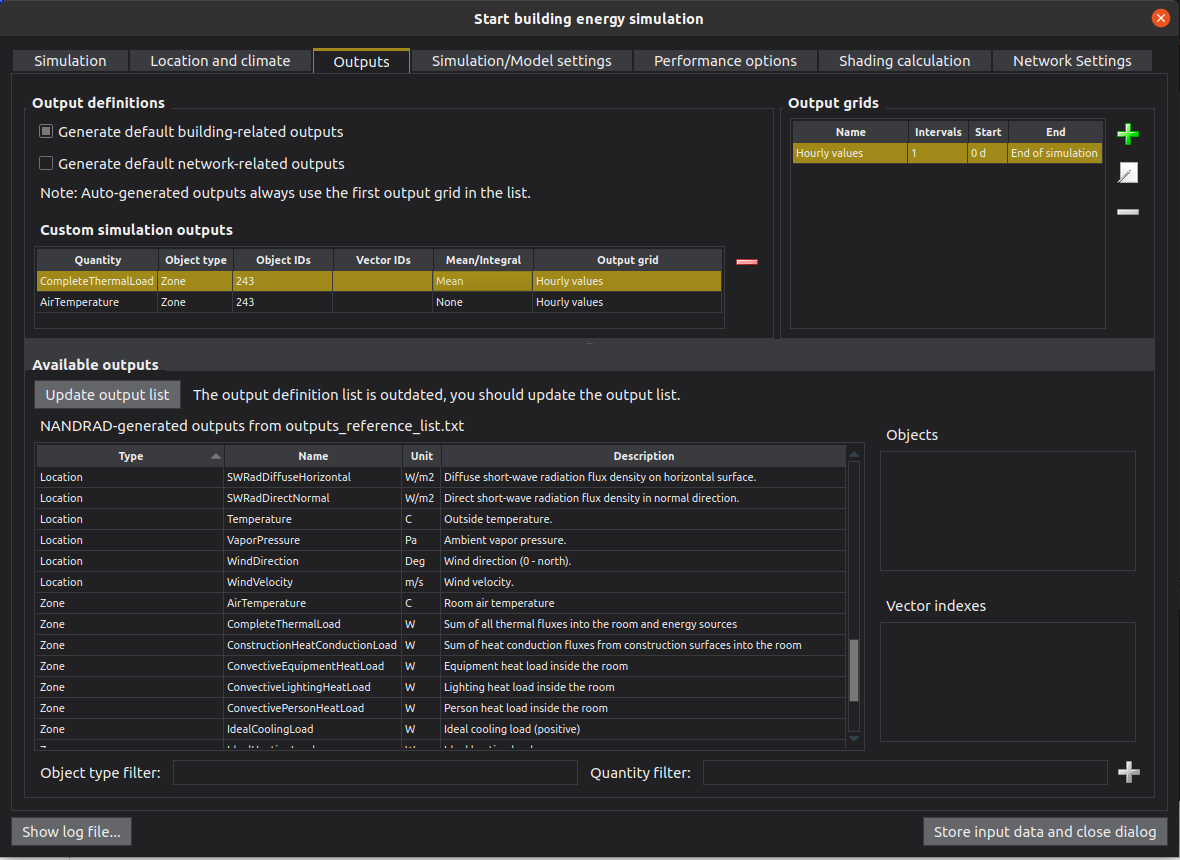 This release is a consolidation release - we started using SIM-VICUS in some real-world projects and stumbled across quite a few issues that we fixed right away. With the larger models we needed to look at performance a litte and improved the navigation tree a lot (both functionality-wise and regarding performance). 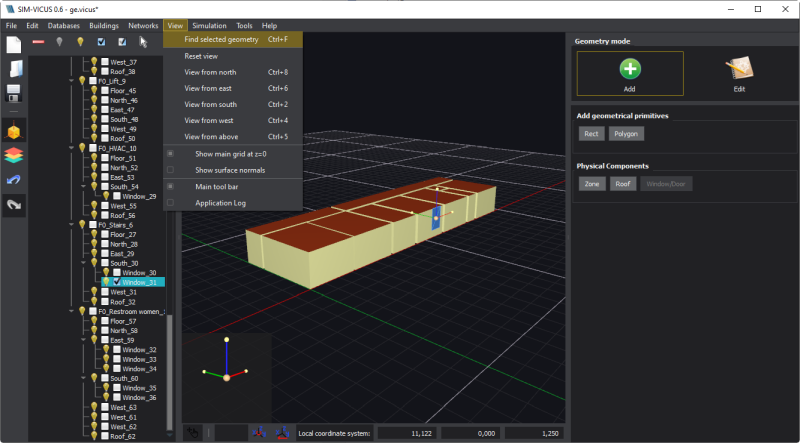 A lot of IDF import projects have been tested and bugs related to different IDF flavours have been fixed. Also, importing of slightly imperfect geometry (polygons with vertexes out of plane; polygons with same vertexes/zero length segments etc.) has been improved.

Also, the NANDRAD FMU Generator tool has received as substantial feature upgrade (sorting/filtering/input variable mapping), that might be particularly useful for larger simulation projects to be turned into FMUs:

Now there is also a manual (though in german) for this tool: https://ghorwin.github.io/SIM-VICUS/NANDRAD-FMU-Generator/index.html 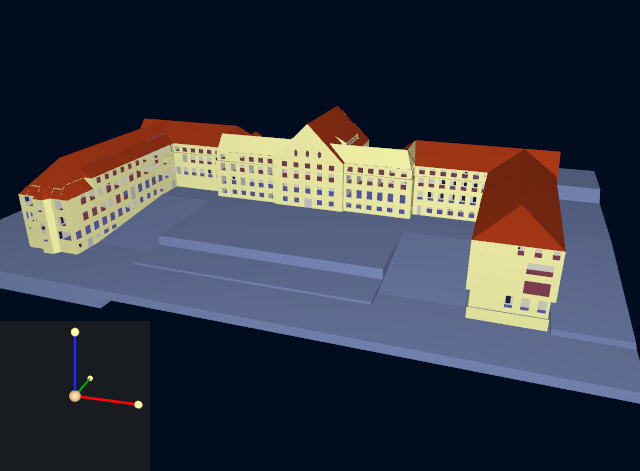